When following tutorial 02-Deploy and lauching “upload to arduino”, XOD opens the dialog to select my board model attached… and crashes !!!

I tried to reinstall, disconect board… no joy !!

Any idea to send me in the right direction?
Anybody with same experience?

Hi, there is a small delay where you load the board list, maybe it’s just that?

The list doesn’t show up… the application just crashes…

When I had problems at the beginning use the “everything search” application, and delete all the XOD folders, and then “TrashReg Freeware” to delete registry keys, it could work for you too

I uninstall XOD, removed everything, clean registry, reinstall XOD 0.25.3 and still it crashes when deploying and upload to arduino.

I can’t even select the board…

If nothing helps, could you run XOD IDE from cmd.exe so that we can see stdout of the process crashed? It can contain important details.

Tks for the help…

I tried all solutions in your first paragraph, but no better…
The program loads ok, I can select the tutorial sketch, but when trying to upload… CRASH…
It takes a few seconds to crash … as it tries to load the board list and it feels like it is running out of memory…

Did that too… “All packages are up to date”

That’s really weird, so I propose to try two things:

If something helps (or not), let us know.

that is it !!
nothing is coming in the cmd window when the program crashes.

I did after second part and updated arduino-cli and still yields same crashing result:
-Opening normally
or
-Opening through cmd 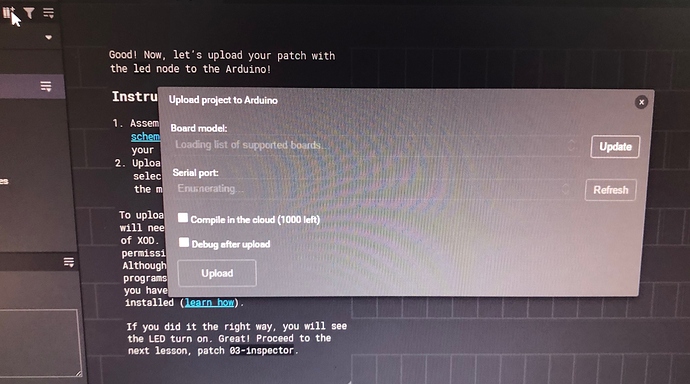 after a few second (22 to be precise) XOD IDE closes

No board connect? no work

I am using an Elegoo UNO R3

I tried also by disconecting the board, but same error

you could do a screenshot of in configuration - device manager to see the ports? 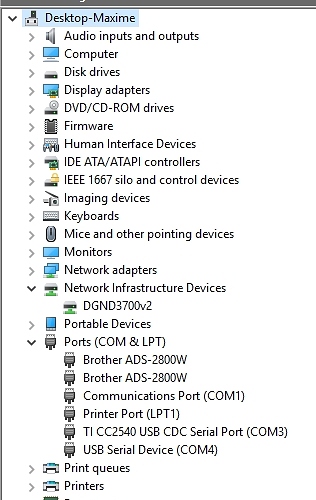 Could you temporarily disable other ports leaving only COM4 and try?
the message “Enumerating…” can be an indication of the problem … 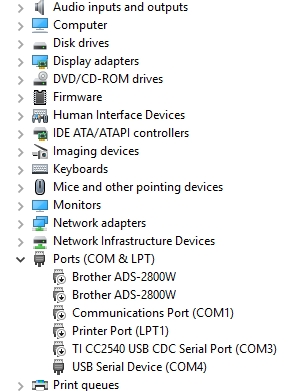 It’s very weird, I could assure you that’s why …

Yes…
It probably one of the 2 things : when it builds the list of board or when it is enumarating the ports…
After few seconds (15-20) it crashes just like it is running out of memory.
I tried to increase also the size of virtual memory to 4500 min with a max of 9500 to see if this would help, but still it crashes…