I am strugling to get this two node thing working. A DHT22 on a I²C Led display. It works allright on the arduino IDE (so no hardware problems i.e. the DHT22 or the LCD). However on XOD it only reads 0.00.
I put the clock which pulses regularly (as suggested on the forum) , I have the pull-up resistor. but

At last I put a Led which lights up when the DHT update failed ( ERR pulse), this LED indeed lights up every sec.
When I remove the LCD-Node the DHT triggers the DONE-output. So there seems to be a conflict between the two. How to resolve?
My setup: 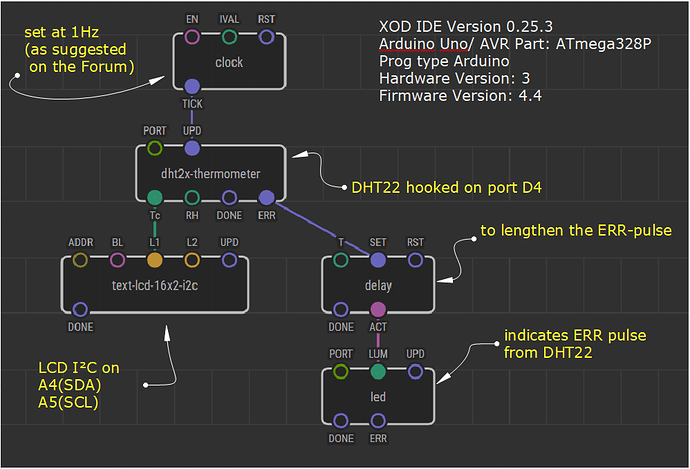 Have you tried any of these options? i do not have the hardware to know if it works 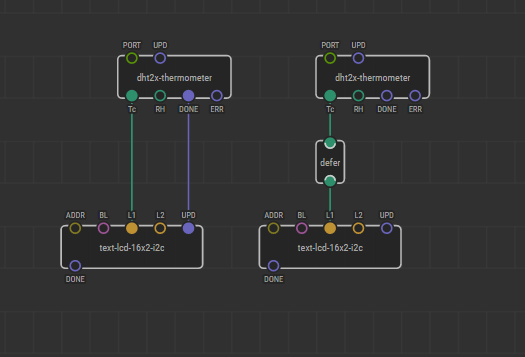 thanks for confirming, if you think it solved you can mark it as solved