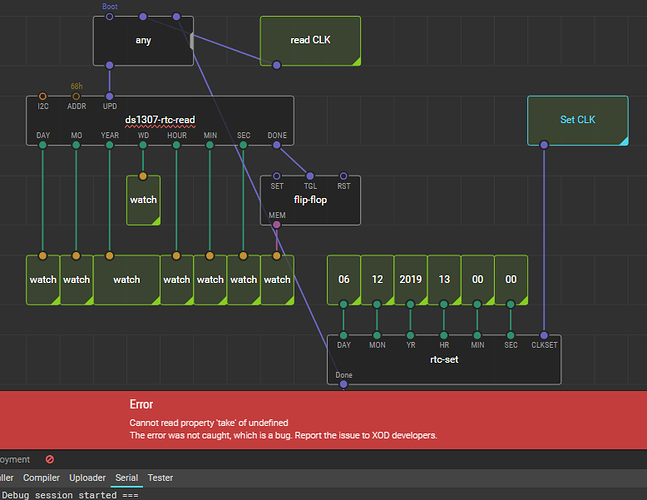 I had a bunch of nodes with the red scribbling line too after updating. Go to add libraries in xod and download xod/core@0.32.0 and that might fix it.

It’s a bad idea. Curvy lines mark the node as deprecated, but it still works until the whole node became red.
However, if you install the previous version of the xod/core library you’ll be on the stale version of standard library until you update it manually. So you will not get most of new enhancements…

P.S.
We mark some nodes from xod/common-hardware as deprecated in 0.31.0.