I built a project that didn’t seem very complex. But, it did odd things while running.

I rebuilt it, piece by piece, running it each time. It worked fine till one point.

How do you want me to report it? I have the xod project, my libraries, generated arduino code, and console-log with XOD_DEBUG turned on. 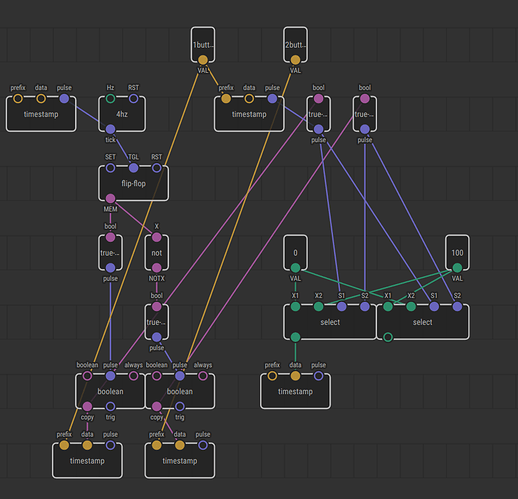 It’s the last “timestamp” (on the select) that breaks it.

You could zip your whole workspace and share the archive. I can try to reproduce the problem.

We’re going to simplify the lists, make them more straightforward and heap-free.