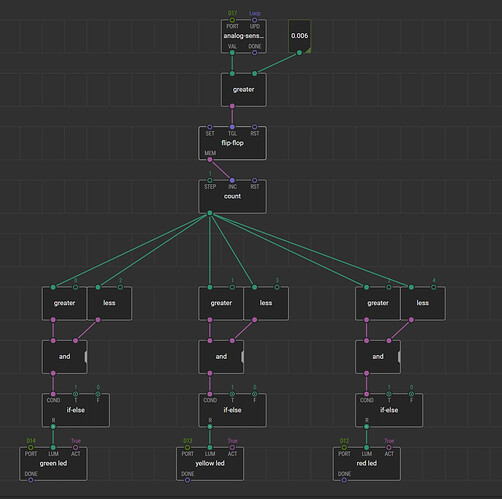 I’m not sure why it NEVER turns on the yellow LED. That should happen on 3rd press. I do see that your current code only works for one cycle. When you have red LED on (count=3) and you increment counter again, it goes to 4, which doesn’t turn on any lights, then keeps increasing, which doesn’t turn on any lights. You could put a watch node on analog-sensor-VAL to monitor what is happening as you press the sensor. If it doesn’t drop below 0.006 when you release, that would prevent your code from seeing additional presses since it thinks it was never released.

It worked!! thank you so much!