Is there a way to participate to translation?

Many thanks for suggesting your help.

Unfortunately, XOD IDE is not yet internationalized in code and it is not on top of our backlog.

IMO the most useful thing to localize is documentation. I believe it would give much more gain than UI translation. And in this area, any help is much welcomed.

What translation you’re interested in more? IDE or docs?

Thanks for your reply. I’m interested more in IDE for the moment. If this change, I will tell you.

I agree with @nkrkv, it’s better to focus on documentation translation than on IDE translation. If you translate the IDE, and functions/buttons are named differently, then the obvious limitation is that only documentation in the same language as the IDE remains usable, which is a severe limitation (since most documentation will be in English anyway).

Though it’s important to ask the question how useful translation would be in the first place, since there are so many technical terms involved that even a “translation” would still sound like an awkward mix of English and the translation language I think.

Thanks for your reply. You’re right. However the problems i saw for the translation of tutorial are that they will cost me a lot (my English level is not good) because there is a lot of things that I don’t understand in the IDE. I saw first translating the IDE will be a more easiest and progressive way for my English knowledge, but i maybe wrong (I have already participate to English to French translation of open source software, it was a very good way to understand better the software, and after it was much more easy to be able to translate tutorial).

I still didn’t have done something with XOD except launching the IDE. I tried to understand quickly the led content by default but I was lost. Maybe if some one could make a code with XOD to make a simple traffic light (with 3 leds and delays to display it) and share it, I can better understanding how it works ? If saw that a children can change easily the delay and add new leds to the code, i think i will try to make a tutorial on it in french.
I think making a traffic light will help more to contextualize the relation between the leds and the card (it can help to visualize how 3 extern items are linked to one card), and how chronological things (with delays) are implemented, things that i didn’t understand with the default led code of XOD.

With the very nice presentation on https://xod.io/, you have motivate me to make an free elearning module under CC-BY-SA licence in french in order to make the things that we can see in the pictures.

However I will need your help for this to be able to make it. Are you interested to help me ? (if no, no problem, i understand that you have a lot of work to do).

If yes, could you tell me what is the 4 components, in order that i buy it and test Xod for this maker project : 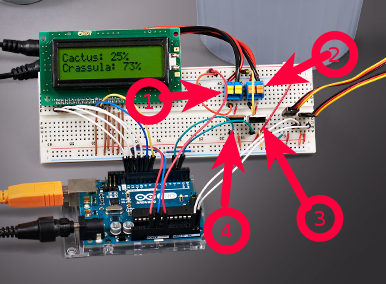 Is Farnell OK for you? I’ve tried to find drop-in replacements:

Thanks a lot for your reply. I usually use aliexpress or bangood.

Sorry for these newbies questions… and thanks a lot for your help.

Thanks a lot, I bought the one DC pomp and the terminal block. When i get it (2 weeks ?), i come back to try to start the tutorial.
See you soon

Ok, thanks a lot Victor.

Does the development team need help with an italian traslation of the documentation?
I would gladly assist in this task.

We appreciate any help. However, until the end of the month, we’re going to burn current version of the tutorial in flames. As a replacement, we are making a new version of tutorial right within XOD IDE with much more granular portions of knowledge and better structure.

Until that, I can’t ask you to help because I’d have to drop your effort. Stay tuned! And thank you for the proposal.

I have the component nows, I will try to start use Xod for doing the water pump and document it in french. I will try to make the tutorial very KISS and step by step / progressive.

Maybe the first objective could be to display a text with the LCD screen. I will try to do it, if I have problems, I come back to tell you.

Wooo great job guys !
I like a lot XOD

This is the first time I upload the code with it, and start a little to understand how it works. It’s a really cool IDE !
The example when we start the program and the links to the documentation on each nodes help a lot, thanks for this improvements. I have done a first shot of a training module for blinking the led (in french) : http://formations.open-elearning.fr/modules/electronique/xod/decouverte/
I have discovered after the Quick start tutorial ( https://xod.io/docs/) he is really nice and helpful, thanks !

We appreciate any help. However, until the end of the month, we’re going to burn current version of the tutorial in flames. As a replacement, we are making a new version of tutorial right within XOD IDE with much more granular portions of knowledge and better structure.

The version that we can see now is the new version ?

You rock guys, I have seen that you have done the tutorial for the pumps, thanks

Oh, that’s great! I’ll add a link to your work on documentation page in the next update. If you’d have something more until upcoming Monday, I’ll include in that release too.

The version that we can see now is the new version ?

Not yet. We’re working hard to release it at the nearest Monday.

We have had it for a quite long time already.

Ok thanks for your feedback and for adding the link. So I haven’t read it before, well that was a great idea to make this tutorial with the pumps.