Ventilator for covid19 based on xod not working please help 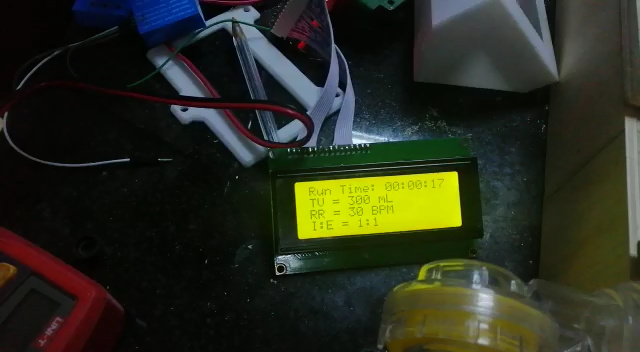 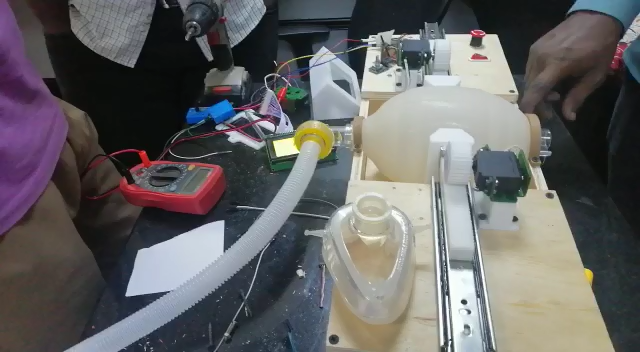 We are using (show code for Arduino) to upload the code

Our servo not working correctly and hi vibration

Please any guidance or support will be appreciated

Thanks a lot in advance 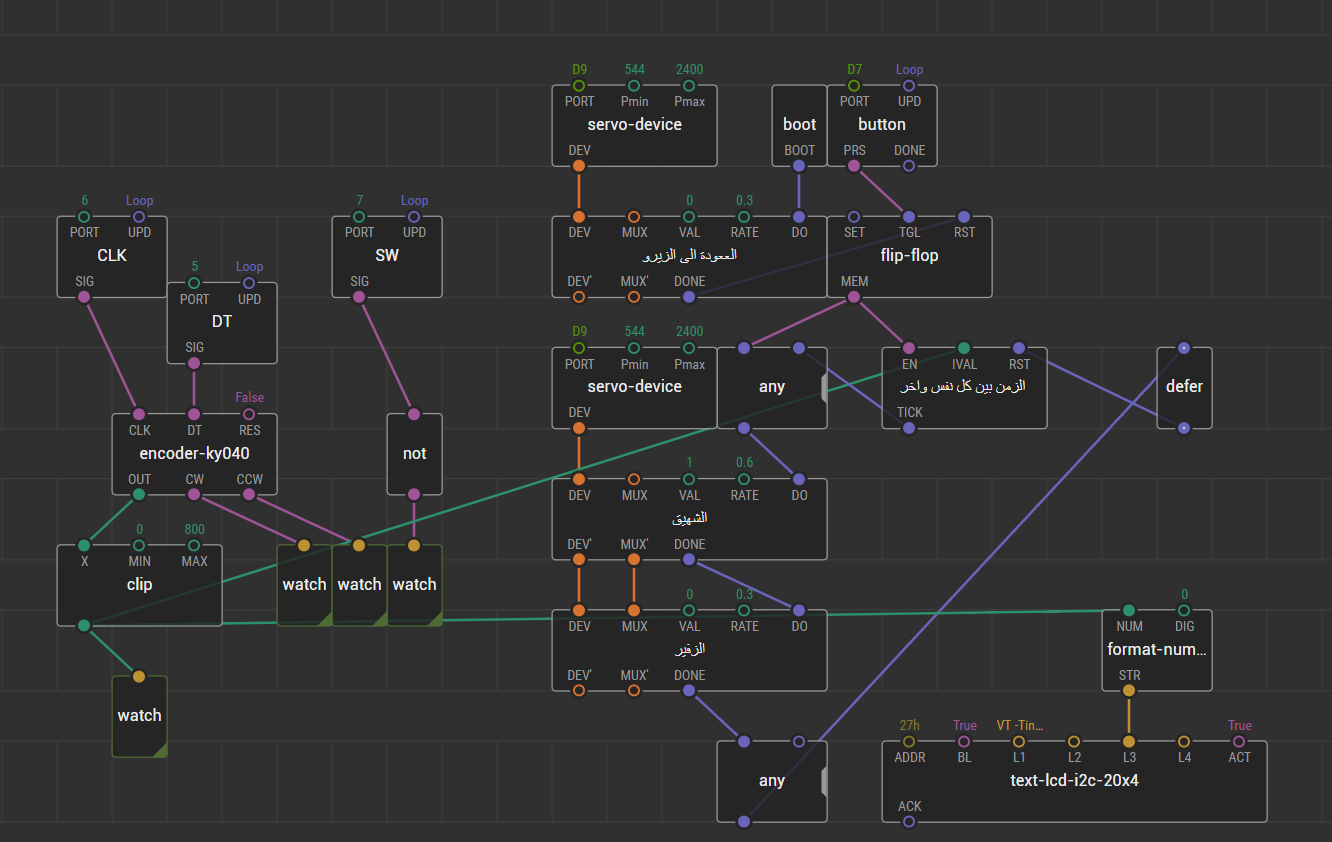 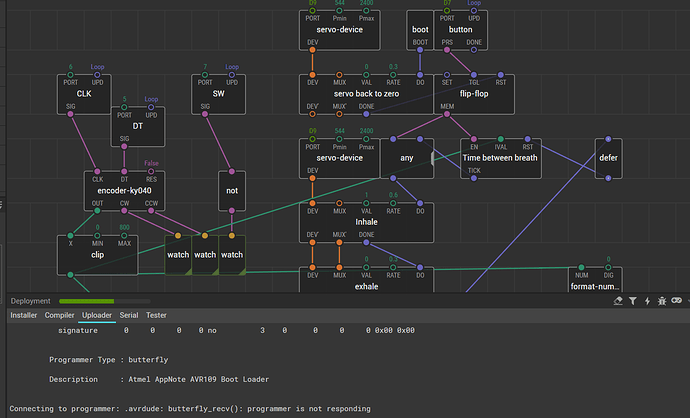 XOD ide stooped at this step !!! 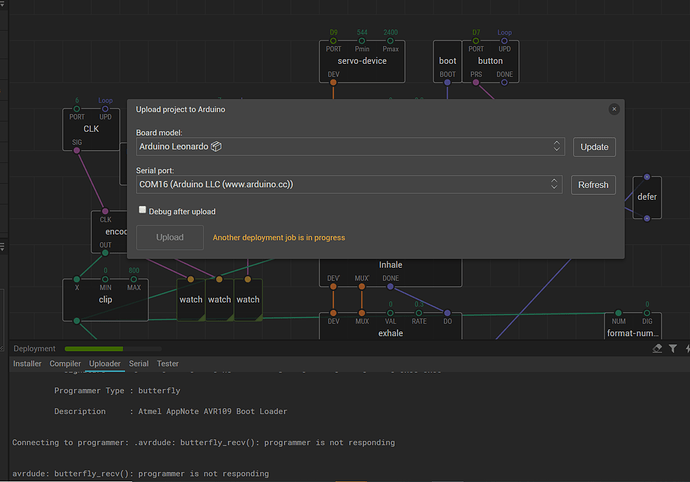 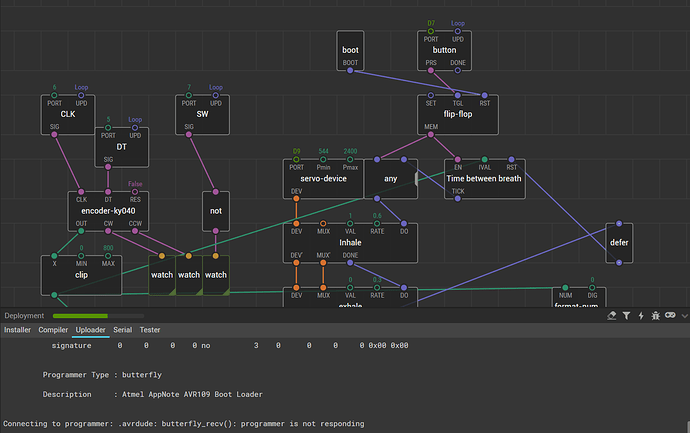 Unfortunately you can’t simulate hardware devices such as the servo, that’s why you’ve encountered this error. If you want to use the watch nodes you will need to install the desktop IDE. In the desktop IDE you can select Upload to Arduino… from the Deploy menu. This will bring up the following dialog:

In addition to selecting your board model and serial port, tick the Debug after upload checkbox, so that you can use the watch nodes.

Sorry, my mistake. I thought I saw a reference to the WEB IDE in one of your posts. I’m not sure what the issue is. Unfortunately I don’t have a rotary encoder or Leonardo board, so I can’t do much testing. I was able to upload your patch to an Arduino Uno using the XOD IDE.

I saw on another thread (Error on Leonardo deployment) that someone encountered a similar issue when using a leonardo board and it seemed to relate to a faulty USB port on their PC.

i get this error

avrdude: butterfly_recv(): programmer is not responding

The attached xodball correctly uploads on my Arduino Uno on the latest version of the XOD IDE.
Moreover, this error “programmer is not responding” tells that there is a problem with the microcontroller and it is not responding.