As the title, states I tried to make a Flip Flop gate, but for some reason I am getting a “False” statement in the watch.

I am using two NAND gates, and the pulse representing the CPU clock is false, therefore, if I am not wrong, both watches should display true?

Anyone got any idea as to why, it isn’t working?

It would be a lot easier to help if you could include a copy of your xodball or a picture of your patch. (I find picture easier for small patches as I don’t have to download the xodball, but that is just personal preference.)

FYI: a flip-flop node already exists, but it is coded in C++

Whoops, thought I had already posted the screenshot. 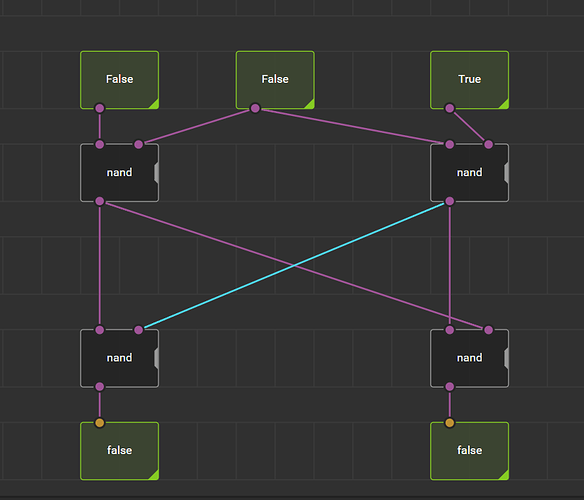 That is not proper wiring for a NAND flip-flop. 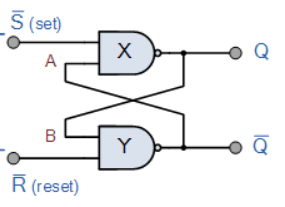 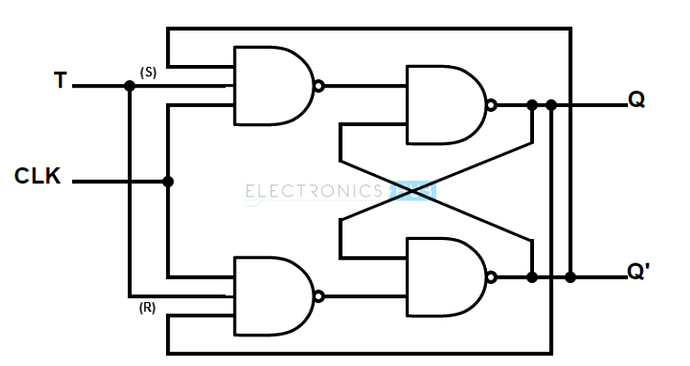 If you just need a flip-flop, the existing node is your best bet. If you are just experimenting, start with one of the above diagrams (or do an internet search…there are LOTS of options).

Thank you for the suggestion of nodes, 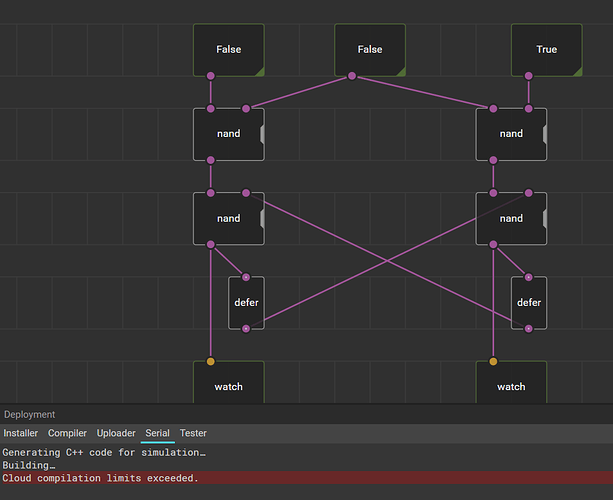 But now I am getting “cloud compilation limits exceeded.”

Supposedly the cloud server should update every 10 minutes, but I have waited over 10 minutes between my attempts to simulate, so is there something wrong with my chain, or is it indeed the cloud that has to update?

Your patch still doesn’t match the toggle example I provided. The top nand gates should have 3 inputs with additional wires looping back.

If you are not logged into XOD, I think logging in will give you more compiles.