Question about the array

A single character is a byte. You can use u8-to-number to force conversion to number, then subtract 65 (byte value of ‘A’), or use map-clip and adjust max values to match size of your nth-input array. 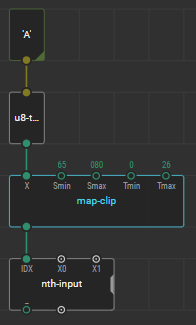 after u8-to-number all the time the value is zero: 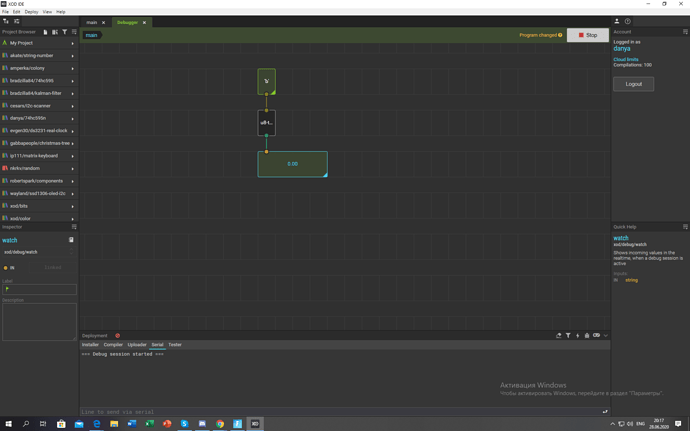 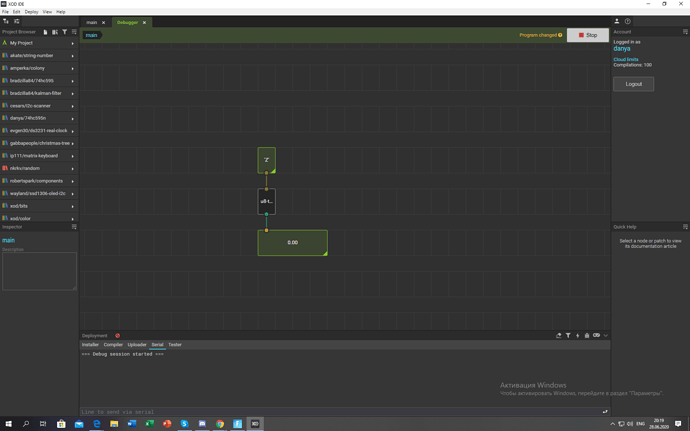 Looks like you are using tweak string instead of byte. That will return 0. 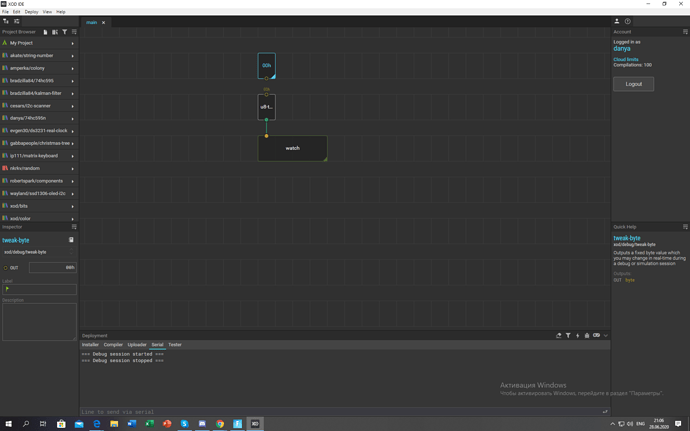 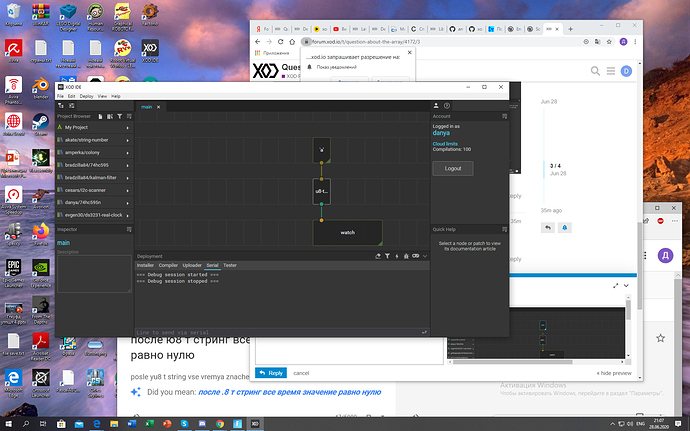 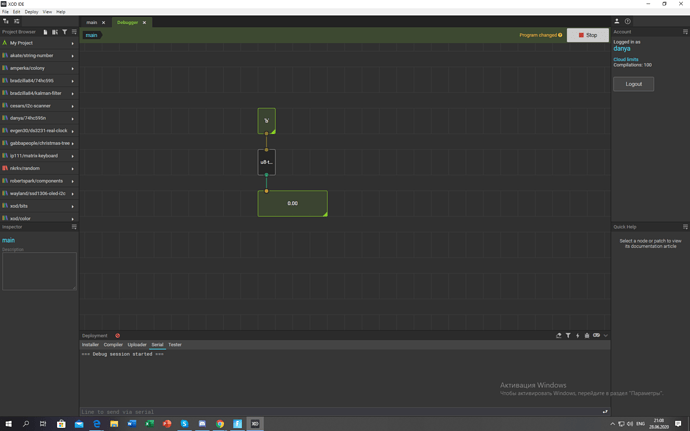 When I use simulation:

I just tried with Arduinio Uno. When debug session didn’t start after download, watch node continued to display “watch” instead of “0”. After Arduino reset, watch node displayed 65.00 just like in simulation.

Ah…if I change the tweak node during debug, watch changes to “0” and stays that value no matter what I change tweak to. This would seem to be a bug… Same thing happens with simulation and download to Uno. It only displays correctly if tweak node is set before doing download/simulation. 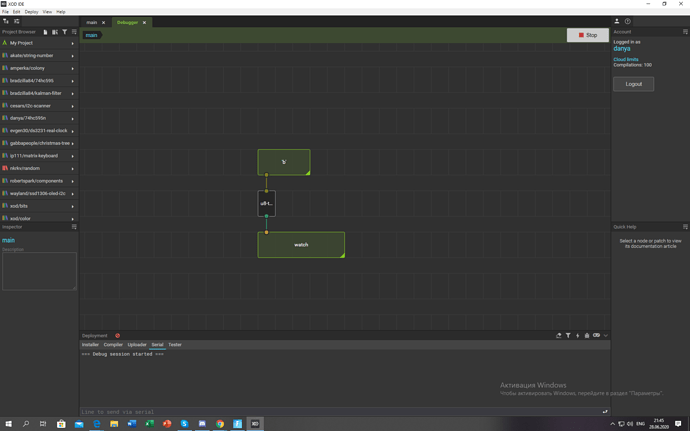 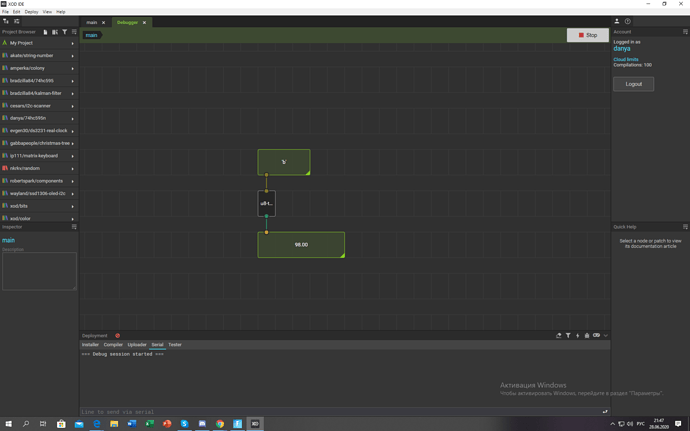 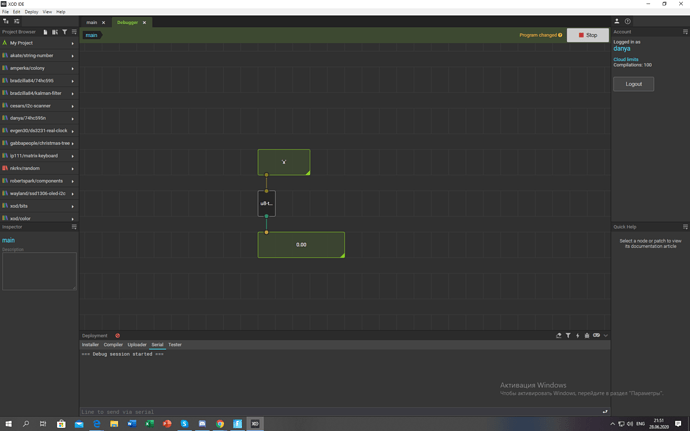 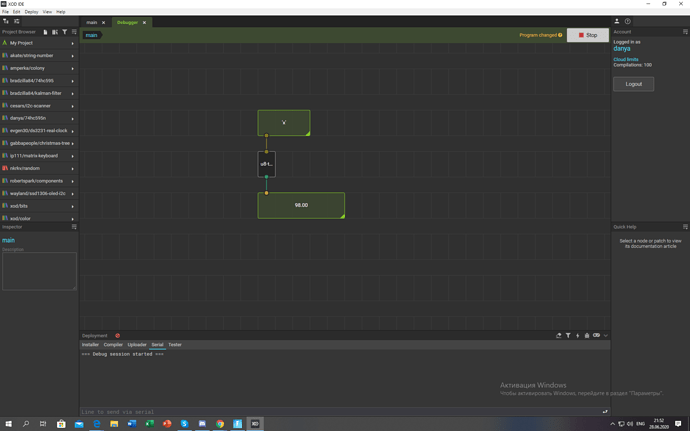 I think this problem is the same thing that happened to my previous month.

Both in simulation and in debug, the conversion of the char is correct only at the beginning, then when changing the char it goes to 00h. Is this a bug? [image]