can you upload a patch capture?

use port D2 or higher
D0 and D1, are used for RX-TX, if debugging it will cancel the D0 of the button

I changed it to d2 and the same thing is happening

add a Watch in MEM, to see the states.
…add a delay between PRS and TGL, such vel has some rebound button
it’s something very simple that shouldn’t have problems 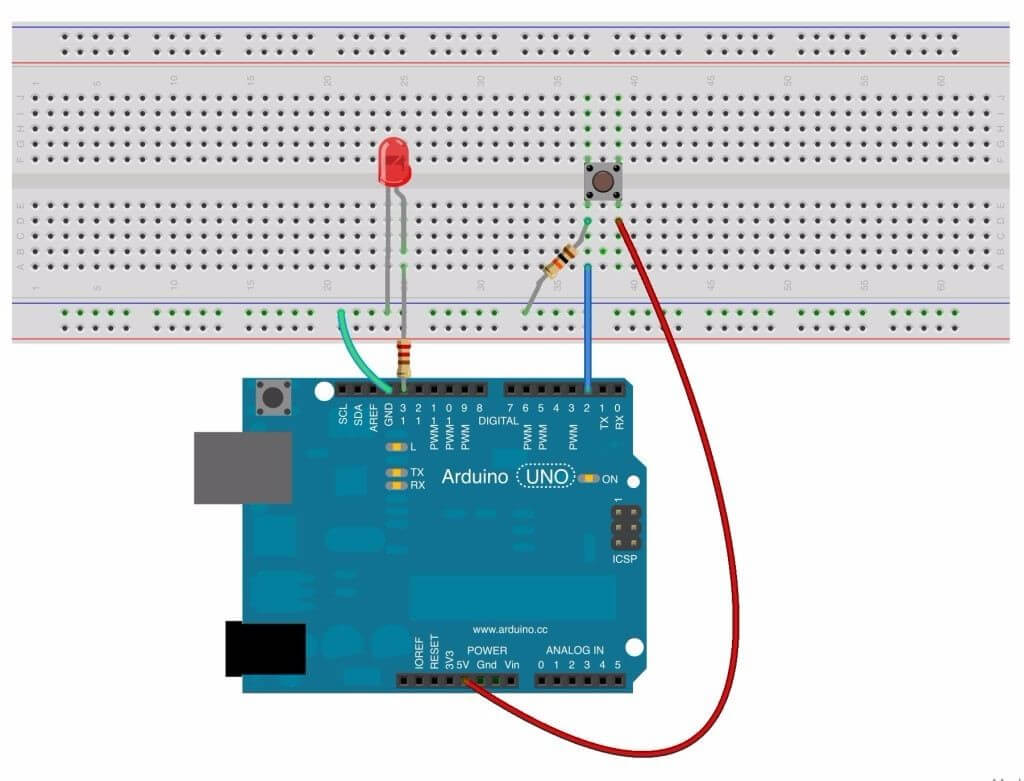 I added a watch to the MEM and pressed the button and the led came on but the MEM state never changes. I tried rewiring the set up to the picture you posted and I couldnt get the LED to light with the button any longer. I dont know. I think im going to take a break from it for the night. Thanks for the help.