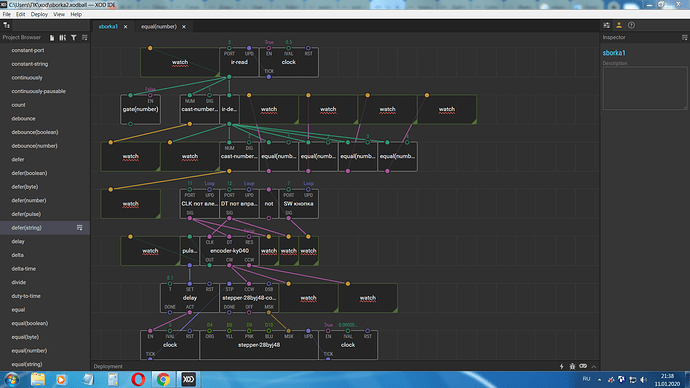 Added the node “xor” the motor began to react to the remote control. But it moves only in one direction. Do not spin into another, although the signal goes the same as from the encoder. From the encoder works in both directions without problems. Does anyone know how to solve this problem? 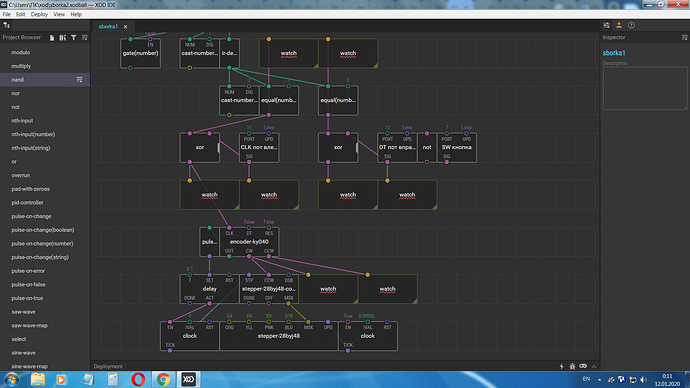 On the screen, the xor and encoder pins are not connected. But that does not change the problem!

Hey people, so will anyone help? Now the project is in this form. The problem is that the “encoder ky-040” node in the DT pin does not receive a signal from the remote control, although at the same time it can receive the same signal sent from the encoder itself. On the CLK pin, everything works without problems! How to solve a problem? I am not good at English, I write through Google translator. Sorry! 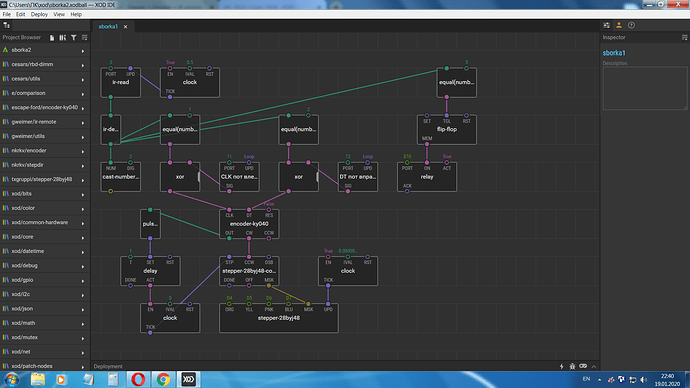 instead of the node “DT not …” and “CLK not …” because you don’t use digital-read?
Is it a composite node?

The green signals indicate the signals that pass and the stepper motor works as expected. In red, where the signal comes from, but the encoder ky-040 node on the DT pin does not accept it. Is this a software bug? 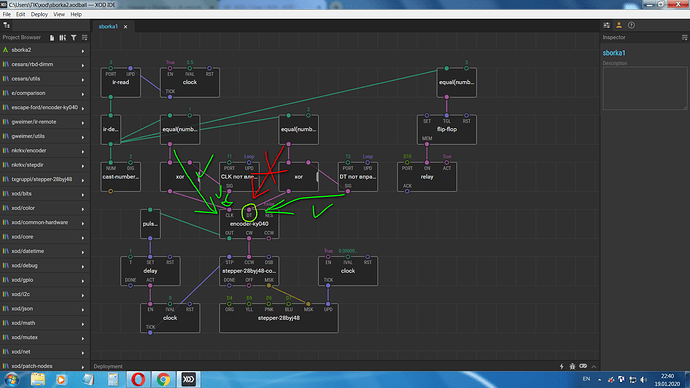 Add “Watch” to the output of the comparators and after IR-Decode … Make the depuration and see the change, you will arrive, two true signals arrive at XOR and then there is no pulse

When a false signal is received from the XOR node to the CLK pin of the ky-040 node, the stepper motor rotates. Independently, a signal came from the remote control or from the encoder CLK node (port11). But when the signal FALSE comes to the pin DT of the ky-040 node, the node does not receive the signal and does not convert it to a number on the OUT output. Although it receives the same FALSE signal from the DT node (port12), it converts it to a number at the output.

XOR is an exclusive gate only if one of the two is True, if both are True, the output is False