Help me please with this problem

I’m trying to find the number of decimal places and everything works fine except for a few things. 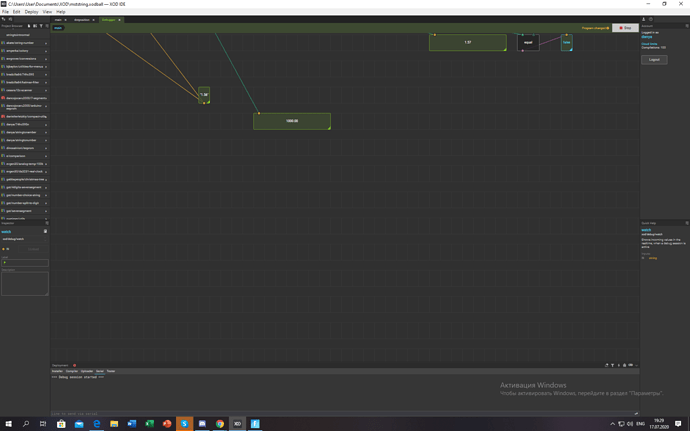 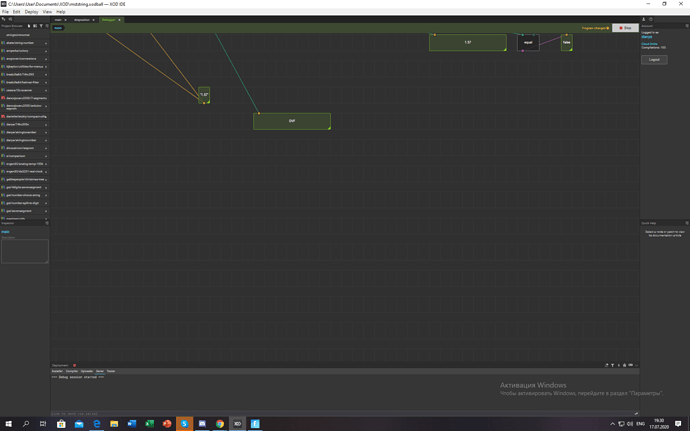 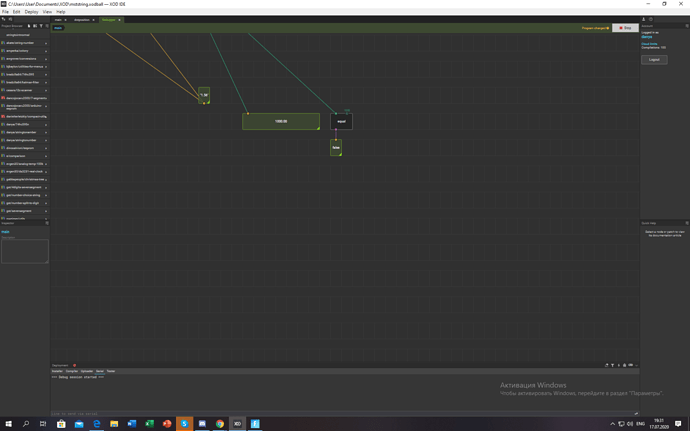 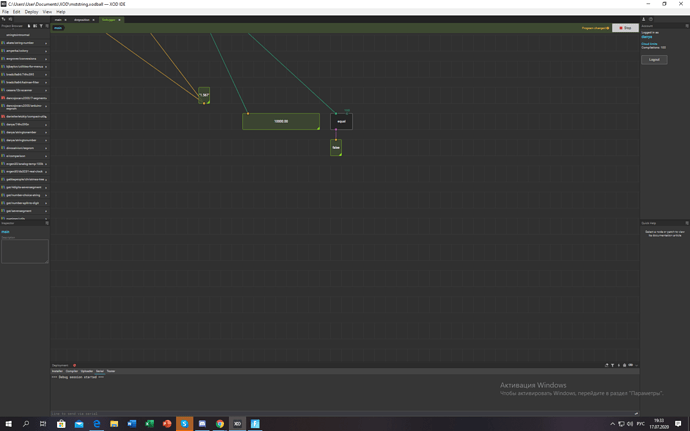 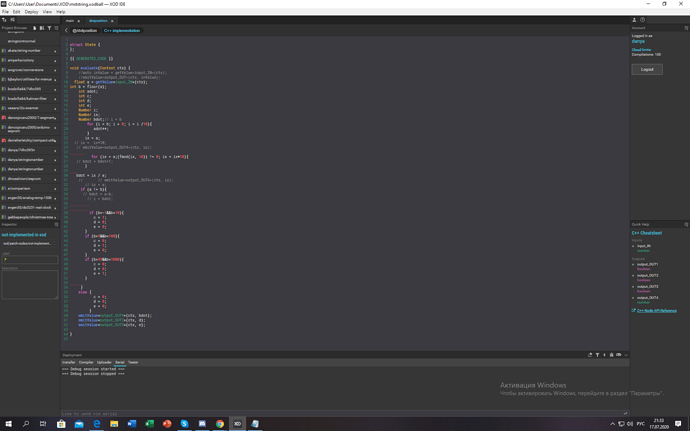 Is this what you are asking?
If not, please give a list of some examples.

You’re right. I will not use this method. I just did the function of displaying numbers on a four-digit seven-segment indicator. And everything worked fine, you could display letters and numbers, and negative ones too, with the exception of the comma. I just now tried to think of a function for calculating this comma. I have one idea.

I believe you are using a 4 digit display with a decimal point possibly displayed the right of each digit. Also, you’re using a library called SevSeg (your code includes Sevseg.h).

You are trying to automatically set the second parameter in this call:

If this is all correct, you just need to determine where and if you want the decimal point.

From your examples it appears you are not displaying only integers.
You wish to have as many digits to the right of the decimal point as possible.
So far, is this all correct?

I think you will have an easier and better display if you do not have variable precision within a range. Thus if your numbers are less than 100 but not less than 10, you always display them as xx.xx , for example 37.51 and 10.50. You would not display those numbers as 37.51 and 10.5

That’s not a bad thing to do since it keeps the precision of the numbers in each of the displayable ranges constant rather than jumping around, which people might find confusing. Think dollars and cents. 7.49, 7.50, 7.51 is better than 7.49, 7.5, 7.51

I took a shot in the dark as to what you are asking. Did I get it right?

If I did, then all your code has to do is first figure which range to use for a number, calculate the needed number of digits to the right of the decimal point, and then make a call with to setNumber with two integers as arguments. The first argument, say for a number “ab.cd” is calculated as the integer ab * 100 + cd. The second argument would be 2.

As long as I’m shooting in the dark,

I think you may be in a country where the decimal point is displayed as a comma and possibly the separator between groups in numbers with many digits is an empty space or a period. Very confusing. See this article:
( http://www.languageediting.com/format-numbers-eu-vs-us/ )

Thanks for the help. I have already corrected the code a bit.
1.57 he somehow strangely converted to the number 1.56999999999. therefore it did not work. I put rounding wherever possible. And now everything works. True only up to two characters. (1.99 1.9).
I don’t use any libraries at all. I try to solve all problems with basic functions.
Just today, I suddenly thought of using a different method:
if number rounded to one decimal place = original number, variable = 1.
if the number rounded to two decimal places = original number, variable = 2.
if number rounded to three decimal places = original number, variable = 3.
By the way, the bottom part of the code, where I check if more than 9 is less than 100 and so on, does not work anymore. I’ll clean it up later. I wrote this code before the point problem.
I also write fractional numbers separated by commas, but it doesn’t matter to me. Through the point, I also get tired. Already got used to the point while programming.

help is needed. Apparently, the translation from string to float (https://xod.io/libs/akate/string-number) does not work well: 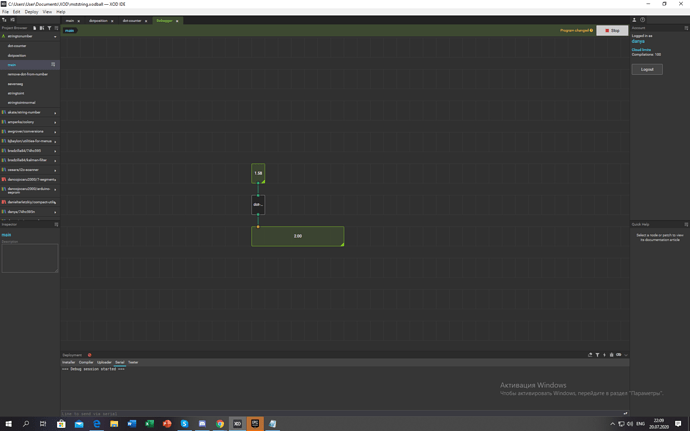 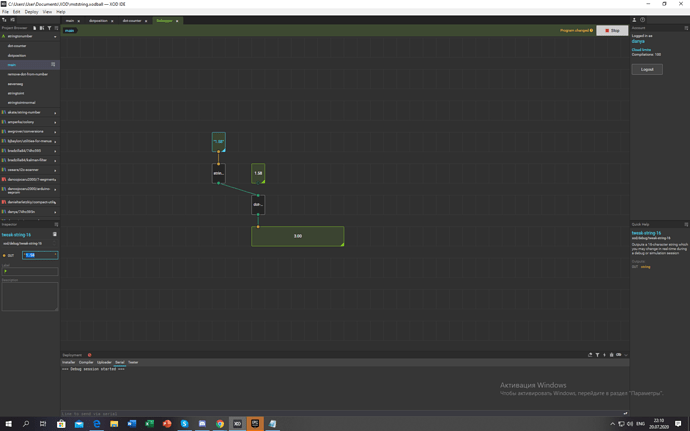 What is the dot-… node you are using? The library you mentioned seems to work for me on both UNO and simulation: 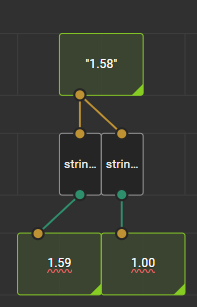 in principle, the code of the dot… itself is not important. 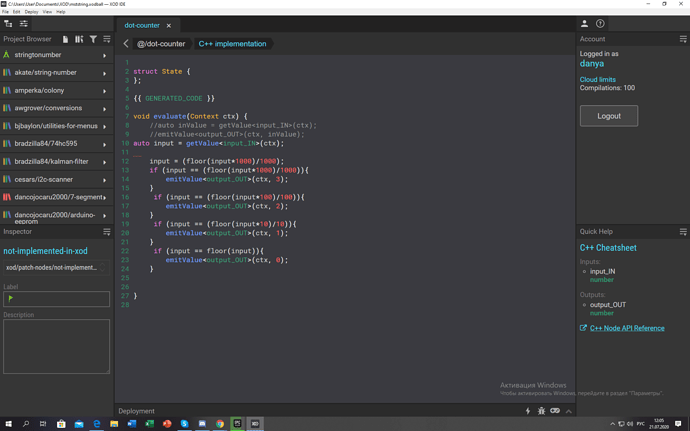 Oh wow…definitely problems somewhere. String-to-int can be even worse.
Simulator:

It could be a problem with XOD initialization…@nkrkv is this something you can shed some light on?

I decided (tried) to solve this problem myself. It also seems to me that the watch is not working correctly. Well, here’s my string to number: 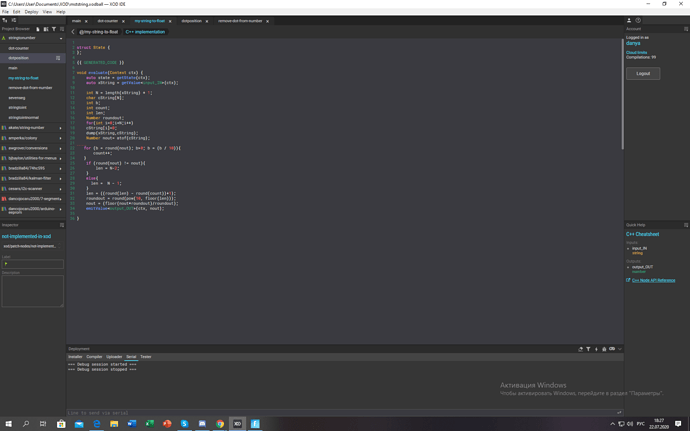 }
The meaning is the same, but I tried to round the output number.
Just above I showed a photo where the watch showed 3, not 2. And now it shows correctly. 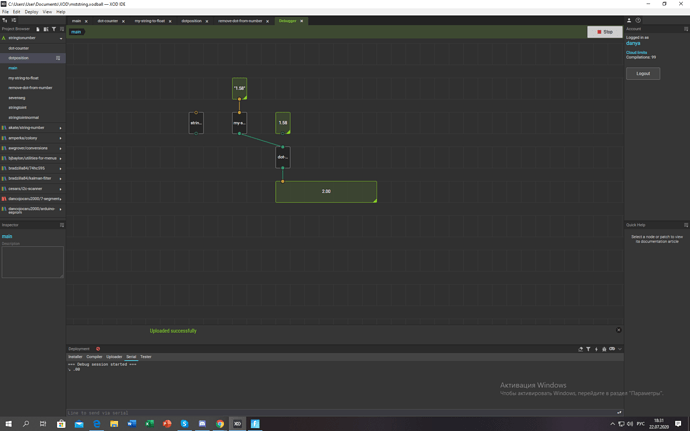