Have any one ever made an algorithm with xod for reeding g code?

I wasn’t able to find a G-code parser in the database of XOD libraries (https://xod.io/libs/). Creating a G-code parser and motion control system is not trivial. For example, if you want smooth acceleration/deceleration and cornering you will need an algorithm that can look ahead and plan movement. If you are looking for software that will run on an Arduino, but don’t necessarily need a XOD solution, I can recommend grbl. I’ve used grbl in one of my own projects.

Thanks for answering. I have some follow up questions.
Would it be possible to run garble along with xod algorithms on the same bord?
Are there any interfaces for grbl based sla (non lcd or dlp) printers?
Will g code generated on any software work in this case?
Last but not least, how would I connect my laser to the Arduino in the case of grbl software?

You’ll only be able to run grbl on the Arduino.

The interface to grbl is documented here:

An open source, embedded, high performance g-code-parser and CNC milling controller written in optimized C that will run on a straight Arduino - gnea/grbl


I don’t have any experience with SLA printers, but grbl has been used to operate at least one SLA printer: 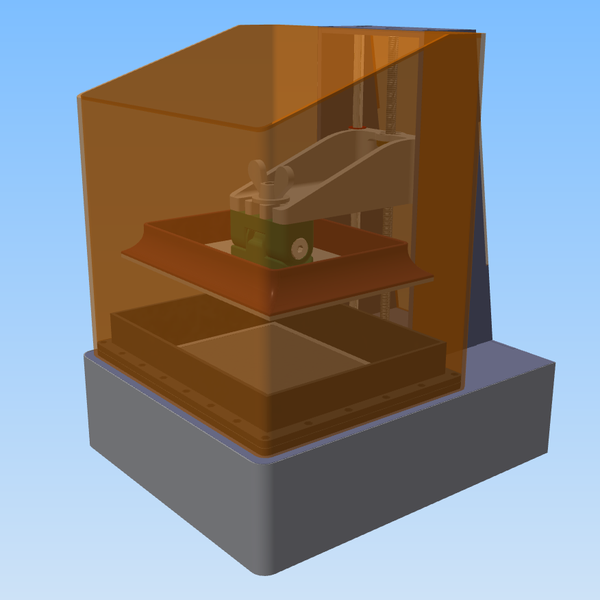 Grbl was originally created for the control of CNC routers and so uses Arduino pins to control things like spindle speed and coolant flow (see pin diagram: https://github.com/grbl/grbl/wiki/Connecting-Grbl). These pins can be re-purposed for other functions (I used them for controlling a peristaltic pump in my project), so you may be able to use them to control your laser.

For further advice on this topic, it would be best to go to one of the CNC forums, e.g.:

Interesting thing with the new Fusion360 for personal use. It puts this line in the gcode ... (When using Fusion 360 for Personal Use, the feedrate...

Continuing the discussion from G code reeding on xod:

I USE NANO LOADED WITH GBRL1.1,FOR MY SIMPLE CNC. I USE XOD ON ANOTHER ARDUINO UNO WITH ALL THE BUTTONS AND CONTROLS FEEDING G CODE THRU TX RX OF THE GRBL1.1 NANO TO RUN MY GLUE APPLICATION CARTESION XY, THE GCODE IS FIXED IN CODE WITH 2 MODELS TO SELECT FOR GLUE APPLICATION ON WOODEN BOARD OF 2 SIZES. XOD IS A SIMPLE TO USE PROGRAMMIG FOR US HOBBYIST LIKE ME WITH LITTLE CODING SKILL(THANK YOU XOD U ARE AWESOME). FOR ME IT WORKS FINE. AT THE SAME TIME ANYONE LIKE TO KNOW MORE ABOUT MY SETUP IS WELCOME TOO.
STILL LOOKING FOR ANSWERS HOW TO READ SD CARD USING XOD. THEN IT WOULD BE EVEN EASIER TO STORE GCODE IN SDCARD. ANYONE CAN HELP WITH SDCARD READ BY XOD IS VERY MUCH APPRECIATED.