@warner asked how he could control motors through Adafruit-alike Motor Shield in XOD and here is a small library. The shield is tricky one, its H-Bridges are placed behind a shift register chip. I couldn’t express it purely in XOD as it lacks some features yet, so I implemented the node from scratch in C++.

Thanks for posting this! The library works great and is really easy to use!

Sorry for bumping such an old thread.

I’m getting errors when trying to upload to arduino UNO.

I’m no good with code so I’m not sure what any of this means. Any help from you (or anyone else) is greatly appreciated.

This hack should get you up and running.

Open the dc-motors patch and then double-click on the not-implemented-in-xod node so that you can edit the C++ code. 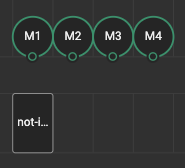 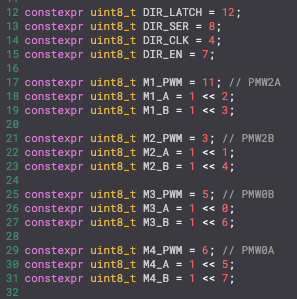 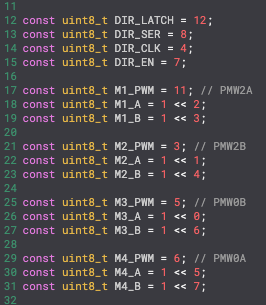 Thanks for the response!

I have no idea what I’m doing, but I ended up just deleting the ‘constexpr’ part completely and it seemed to work fine.

Is there any difference to having nothing before the integer VS having ‘const’ before?

Sorry again for the cluelessness…

const is used to define a constant, i.e. make the variable read-only. As you’ve seen, it’s not essential for the program to work, but it is good practice to declare variables that shouldn’t change as constant.