I think I have found a bug 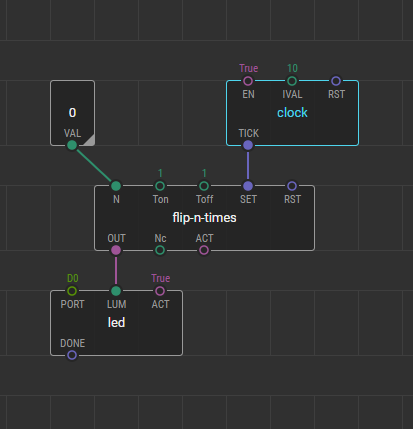 Even though ‘N’ is set to zero the output turns on once each time the clock pulses the node. I am using pulses of the LED to indicate a number, and if that number is zero it shows as 1. Which is no good!

I have fixed it by just adding a gate that disables the output when N is zero. It seems a pretty basic way of doing it, but anyway, can this (or an alternative) be added to official Flip-n-times node? (I can put up a new node but then we’d have multiple, very similar nodes - not sure that’s the best way.)